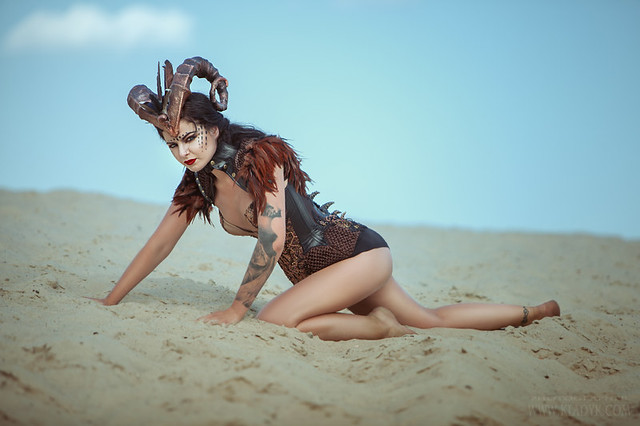 Female ibex with horns. by Petro Kladyk[/url], on Flickr

Capricorn is the workhorse of the Zodiac, working his way up the ladder of success, slowly and steadily.

Goats have a strong sense of tradition and structure, and make excellent teachers. They respect history and believe in passing on an inheritance. Capricorn is ruled by Saturn, which means that they take the long view on things. Like the tortoise racing against the hare, they know too well that “slow and steady wins the race.”

Capricorns are probably the most far-thinking of all the signs. Where Sagittarius and Leo are partying for the moment, Capricorn is planning his schedule four years in the future. But this focus on the future comes with a price.

Capricorn can get so preoccupied with the future that he starts to focus on death, and then becomes easily and deeply depressed. It’s very easy for a Capricorn to fall into a “woe is me” attitude, worrying about the never ending series of bad things that always seem to hit them at their most vulnerable. Thankfully, because of their long-term views, most Goats can overcome this handicap by just putting their head down and working even harder.

Capricorns understand the meaning of sacrifice, because each of those hurdles that force them into the long and slow path to success means sacrificing something to overcome them.

Capricorns tend towards black, which is perfectly suited to their depression. They also lean to the traditional in home and style and especially food. Goats tend to eat plain and straightforward meals rather than something exotic.

Capricorns tend to do well in large corporations, where their work ethic allows them to work their way up a long ladder. Capricorns are also uniquely suited to handling numbers and data.

Finally, because of their traditional outlook and innate teaching skills, Capricorns make excellent parents. Children give them an heir, someone to pass along the family legacy to, which is one of the core pieces of the Goat’s makeup.

Moon is traveling through comfy Taurus today. Eat something you love. Have a second serving.